Voice and the Actor (Paperback) 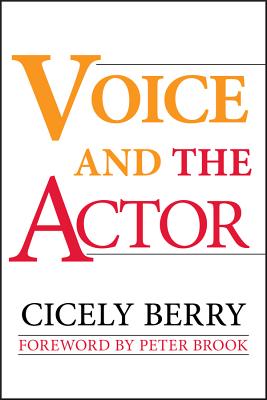 "Speaking is part of a whole: an expression of inner life." Cicely Berry has based her work on the conviction that while all is present in nature our natural instincts have been crippled from birth by many processes--by the conditioning, in fact, of a warped society. So an actor needs precise exercise and clear understanding to liberate his hidden possibilities and to learn the hard task of being true to the 'instinct of the moment'. As her book points out with remarkable persuasiveness 'technique' as such is a myth, for there is no such thing as a correct voice. There is no right way--there are only a million wrong ways, which are wrong because they deny what would otherwise be affirmed. Wrong uses of the voice are those that constipate feeling, constrict activity, blunt expression, level out idiosyncrasy, generalize experience, coarsen intimacy. These blockages are multiple and are the results of acquired habits that have become part of the automatic vocal equipment; unnoticed and unknown, they stand between the actor's voice as it is and as it could be and they will not vanish by themselves. So the work is not how to do but how to permit: how, in fact, to set the voice free. And since life in the voice springs from emotion, drab and uninspiring technical exercises can never be sufficient. Cicely Berry never departs from the fundamental recognition that speaking is part of a whole: an expression of inner life. After a voice session with her I have known actors speak not of the voice but of a growth in human relationships. This is a high tribute to work that is the opposite of specialization. Cicely Berry sees the voice teacher as involved in all of a theatre's work. She would never try to separate the sound of words from their living context. For her the two are inseparable.
--from Peter Brook's foreword to Voice and the Actor

Cicely Frances Berry CBE was a British theatre director and vocal coach. Berry trained under Elsie Fogerty at the Central School of Speech and Drama, then based at the Royal Albert Hall, London. Peter Stephen Paul Brook, CH, CBE is an English theatre and film director who has been based in France since the early 1970s. He has won multiple Tony and Emmy Awards, a Laurence Olivier Award, the Praemium Imperiale, and the Prix Italia. He has been called "our greatest living theatre director".