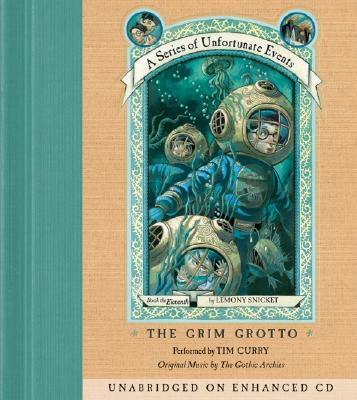 This is book number 11 in the Series of Unfortunate Events series.

Warning: Your day will become very dark—and possibly damp—if you read this book.

Plan to spend this spring in hiding. Lemony Snicket is back with the eleventh book in his New York Times bestselling A Series of Unfortunate Events.

Lemony Snicket's saga about the charming, intelligent and grossly unlucky Baudelaire orphans continues to provoke suspicion and despair in readers the world over. In the eleventh and most alarming volume yet in the bestselling phenomenon A Series of Unfortunate Events, the intrepid siblings delve further into the dark mystery surrounding the death of their parents and the baffling VFD organisation.

Tim Curry has portrayed many memorable characters, most notably the role of the scientist in the Broadway and film versions of The Rocky Horror Picture Show, and Arthur in the Broadway production of SPAMalot.