I Shall Wear Midnight (Hardcover) 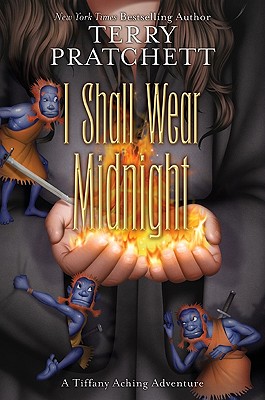 By Terry Pratchett
$17.89
This item is backordered. Please contact us for an estimated availability date.

The fourth in a series of Discworld novels starring the young witch Tiffany Aching.

As the witch of the Chalk, Tiffany Aching performs the distinctly unglamorous work of caring for the needy. But someone—or something—is inciting fear, generating dark thoughts and angry murmurs against witches. Tiffany must find the source of unrest and defeat the evil at its root. Aided by the tiny-but-tough Wee Free Men, Tiffany faces a dire challenge, for if she falls, the whole Chalk falls with her. . . .

Sir Terry Pratchett, OBE, was the author of more than 70 books, including the internationally bestselling Discworld series of novels. His books have been adapted for stage and screen, and he was the winner of multiple prizes, including the Carnegie Medal. In January 2009, Pratchett was knighted by Queen Elizabeth II in recognition of his services to literature. Sir Terry, who lived in England, died in March 2015 at the age of 66.

“At once touchingly poignant and uproariously hilarious, this novel is a splendid goodbye to a batch of characters who will be missed by readers who still must admit that, with this fourth volume, their stories have been well and thoroughly told”—