On the Bright Side, I'm Now the Girlfriend of a Sex God: Further Confessions of Georgia Nicolson (Paperback) 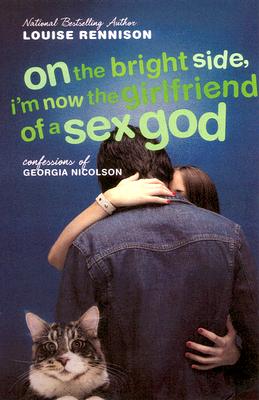 This is book number 2 in the Confessions of Georgia Nicolson series.

Georgia Nicolson has started dating the Sex God (aka Robbie). So life should be perfect . . . except in Georgia's life, nothing is ever perfect. Her cat, Angus (the size of a small Labrador), is terrorizing the neighborhood. Her sister, Libby (who is slightly mad), hides her pooey knickers at the bottom of Georgia's bed.

“She’s back! As fabbity fab fab as its predecessor.” — ALA Booklist (starred review)

"Funnier than the first book. Rennison has got into her stride." — Sunday Times

“Irrepressible…sure to ring true for many readers.” — VOYA