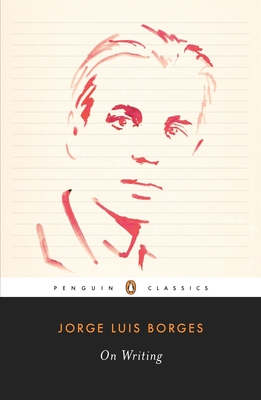 Delve into the labyrinth of Jorge Luis Borges’s thoughts on the theory and practice of literature, and learn from one of the most influential writers of the twentieth century not only what a writer does but also what a writer is. For the first time ever, here is a volume that brings together Borges’s wide-ranging reflections on writers, on the canon, on the craft of fiction and poetry, and on translation—an ars poetica of one of the twentieth century’s greatest writers.

Featuring many pieces appearing in English for the first time—including his groundbreaking early essay on magical realism, “Stories from Turkestan”—On Writing provides a map of both the changes and continuities in Borges’s aesthetic over the course of his life. It is an indispensable handbook for anyone hoping to master their own style or to witness Borges’s evolution as a writer.

Jorge Luis Borges was born in Buenos Aires in 1989 and was educated in Europe. One of the most widely acclaimed writers of our time, he published many collections of poems, essays, and short stories before his death in Geneva in June 1986. In 1961 Borges shared the International Publisher’s prize with Samuel Beckett. The Ingram Merrill Foundation granted him its Annual Literary Award in 1966 for his “outstanding contribution to literature.” In 1971 Columbia University awarded him the first of many degrees of Doctor of Letters, honoris causa (eventually the list included both Oxford and Cambridge), that he was to receive from the English-speaking world. In 1971 he also received the fifth biennial Jerusalem Prize and in 1973 was given one of Mexico’s most prestigious cultural awards, the Alfonso Reyes Prize. In 1980 he shared with Gerardo Diego the Cervantes Prize, the Spanish world’s highest literary accolade. Borges was Director of the Argentine National Library from 1955 until 1973.