Half Bad (The Half Bad Trilogy #1) (Paperback) 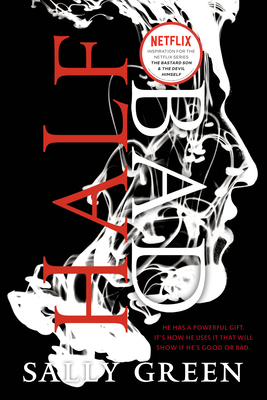 This is book number 1 in the The Half Bad Trilogy series.

“An enthralling fantasy in the Harry Potter tradition.”—Time magazine

In a modern-day England where two warring factions of witches live alongside humans, one sixteen-year-old boy is trapped between the two sides. Nathan's father is the world’s most powerful and cruel witch, and his mother is dead. Both groups of witches see Nathan as their greatest threat—or their greatest weapon. Trapped in a cage, beaten and handcuffed, he must escape before his seventeenth birthday, at which point he will receive three gifts from his father and come into his own as a witch—or else he will die. But how can Nathan find his father when his every action is tracked, when there is no one safe to trust, not even family, not even the girl he loves?

In the tradition of Patrick Ness and Markus Zusak, Half Bad is a gripping tale of alienation and the indomitable will to survive, a story that will grab hold of you and not let go until the very last page.

Now streaming on Netflix as The Bastard Son & The Devil Himself.

Sally Green lives in northwest England. She has had various jobs and even a profession, but in 2010 she discovered a love of writing and now just can't stop. She used to keep chickens, makes decent jam, doesn't mind ironing, loves to walk in Wales even when it's raining, and will probably never jog again. She really ought to drink less coffee. Sally is the author of the Half Bad trilogy and the Smoke Thieves trilogy.

Praise and accolades for Half Bad

"This will haunt you." —Marie Lu, New York Times bestselling author of Legend