The Well Wrought Urn: Studies in the Structure of Poetry (Paperback) 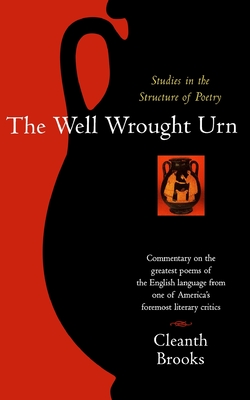 A classic that has been widely used by several generations, this book consists of detailed commentaries on ten famous English poems from the Elizabethan period to the present. Index.

Cleanth Brooks (1906-1994) was educated at Vanderbilt, Tulane, and Oxford universities. The Gray professor of rhetoric at Yale from 1947 to 1975, Brooks lectured and taught at many universities throughout his career. Additionally, he was co-editor, with Robert Penn Warren, of the Southern Review and the author of many books of criticism.