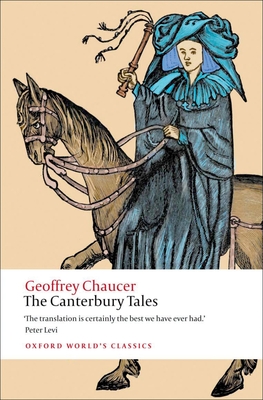 Beyond all doubt the greatest work of English literature before Shakespeare, Chaucer's The Canterbury Tales brings together an unforgettable group of pilgrims on their way to Canterbury, pilgrims who came from all ranks of society, from the crusading Knight and burly Miller to the worldly Monk
and the famously lusty Wife of Bath. Their tales are as various as the tellers, including romance, bawdy comedy, beast fable, learned debate, parable, and Eastern adventure. The resulting collection gives us a set of characters so vivid that they have often been taken as portraits from real life,
and a series of stories as hilarious in their comedy as they are affecting in their tragedy. Even after 600 years, their account of the human condition is fresh and true. David Wright's verse translation has long been admired for its brilliance and fidelity. This new edition adds representative
passages from the important but overlooked prose tales, Melibee and the Parson's Tale, in new translations by Christopher Cannon, who also provides a new critical introduction and invaluable notes.

David Wright (1920-94) was a poet, author, and translator. Christopher Cannon is Professor of English at New York University.