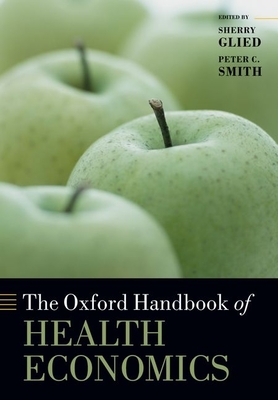 The Oxford Handbook of Health Economics provides an accessible and authoritative guide to health economics, intended for scholars and students in the field, as well as those in adjacent disciplines including health policy and clinical medicine. The chapters stress the direct impact of health economics reasoning on policy and practice, offering readers an introduction to the potential reach of the discipline. Contributions come from internationally-recognized leaders in health economics and reflect the worldwide reach of the discipline. Authoritative, but non-technical, the chapters place great emphasis on the connections between theory and policy-making, and develop the contributions of health economics to problems arising in a variety of institutional contexts, from primary care to the operations of health insurers. The volume addresses policy concerns relevant to health systems in both developed and developing countries. It takes a broad perspective, with relevance to systems with single or multi-payer health insurance arrangements, and to those relying predominantly on user charges; contributions are also included that focus both on medical care and on non-medical factors that affect health. Each chapter provides a succinct summary of the current state of economic thinking in a given area, as well as the author's unique perspective on issues that remain open to debate. The volume presents a view of health economics as a vibrant and continually advancing field, highlighting ongoing challenges and pointing to new directions for further progress.

Sherry Glied is Professor of Health Policy and Management at Columbia University's Mailman School of Public Health, where, she was department chair from 2002-2009 and has been on faculty since 1989. She served as the Assistant Secretary for Planning and Evaluation at the U.S. Department of Health and Human Services from July 2010 through August 2012. In 1992-1993, she was a senior economist for health care and labor market policy on the President's Council of Economic Advisers under Presidents Bush and Clinton, and participated in the Clinton Health Care Task Force. She has been elected to the Institute of Medicine of the National Academy of Sciences and to the Board of Academy Health and has been a member of the Congressional Budget Office's Panel of Health Advisers. Peter C. Smith is Professor of Health Policy and co-director of the Centre for Health Policy at Imperial College London. He is a mathematics graduate from the University of Oxford, and started his academic career in the public health department at the University of Cambridge. In recent years his main research has been in the economics of health, and he was formerly Director of the Centre for Health Economics at the University of York. He has acted in numerous governmental advisory capacities, and advised many overseas governments and international agencies, including the World Health Organization, the International Monetary Fund, the World Bank, the European Commission, and the Organization for Economic Cooperation and Development.