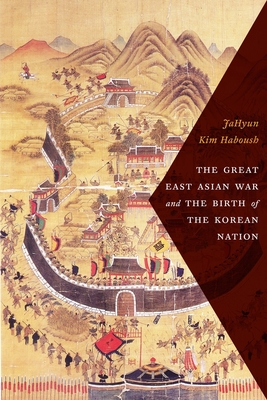 The Imjin War (1592-1598) was a grueling conflict that wreaked havoc on the towns and villages of the Korean Peninsula. The involvement of Chinese, Japanese, and Korean forces, not to mention the regional scope of the war, was the largest the world had seen, and the memory dominated East Asian memory until World War II. Despite massive regional realignments, Korea's Chosŏn Dynasty endured, but within its polity a new, national discourse began to emerge. Meant to inspire civilians to rise up against the Japanese army, this potent rhetoric conjured a unified Korea and intensified after the Manchu invasions of 1627 and 1636. By documenting this phenomenon, JaHyun Kim Haboush offers a compelling counternarrative to Western historiography, which ties Korea's idea of nation to the imported ideologies of modern colonialism. She instead elevates the formative role of the conflicts that defined the second half of the Chosŏn Dynasty, which had transfigured the geopolitics of East Asia and introduced a national narrative key to Korea's survival. Re-creating the cultural and political passions that bound Chosŏn society together during this period, Haboush reclaims the root story of solidarity that helped Korea thrive well into the modern era.