The Soft City: Sex for Business and Pleasure in New York City (Paperback) 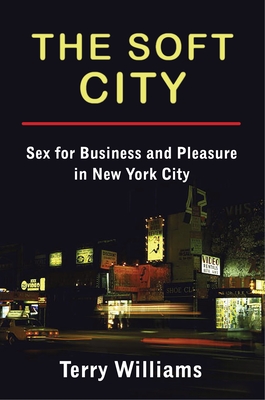 There is no rawer human experience than sex, and in a city as diverse as New York, sexual experiences come in many forms. In the pre-Giuliani days, temptation flooded Times Square on theater marquees and neon signs. Behind unmarked doors downtown, more adventurous experiences awaited for those in the know. In The Soft City, the ethnographer Terry Williams, with the help of accomplices and informants, ventures deep into the underground world of sex in New York. The book explores different aspects of the "perverse space" of the city: porn theaters, sex shops, peep shows, restroom cruising, sadomasochism clubs, swingers' events, and many more. Featuring field notes taken between 1975 and the present, The Soft City documents the ways that New Yorkers on the social periphery have thought about and pursued sex, whether for recreation or to make a living. It also presents an unconventional account of New York City's many transformations, showing how the soft city--its people and their unique character--evolved in response to official and social pressures. Featuring Williams's unmistakable portraits of the demimonde as well as the accounts of other ethnographers challenging themselves to dive into the city's hidden crannies, The Soft City is as irreproducible as it is provocative.

Terry Williams is a professor in the Department of Sociology at the New School for Social Research. His previous Columbia University Press books are The Con Men: Hustling in New York City (2015); Teenage Suicide Notes: An Ethnography of Self-Harm (2017); and Le Boogie Woogie: Inside an After-Hours Club (2020).