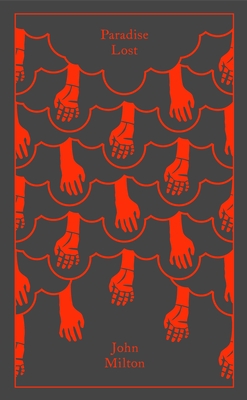 Milton’s magnificent poem narrating Adam and Eve’s expulsion from the Garden of Eden, now in a beautiful new clothbound edition

In Paradise Lost, Milton produced a poem of epic scale, conjuring up a vast, awe-inspiring cosmos ranging across huge tracts of space and time. And yet, in putting a charismatic Satan and naked Adam and Eve at the center of this story, he also created an intensely human tragedy on the Fall of Man. Written when Milton was in his fifties—blind, bitterly disappointed by the Restoration, and briefly in danger of execution—Paradise Lost’s apparent ambivalence toward authority has led to intense debate about whether it manages to “justify the ways of God to men,” or exposes the cruelty of Christianity.

John Milton (1608–1674) spent his early years in scholarly pursuit. In 1649 he took up the cause for the new Commonwealth, defending the English revolution both in English and Latin—and sacrificing his eyesight in the process. He risked his life by publishing The Ready and Easy Way to Establish a Free Commonwealth on the eve of the Restoration (1660). His great poems were published after this political defeat.

John Leonard (introduction) is a professor of English at the University of Western Ontario.

Coralie Bickford-Smith (cover illustration) is an award-winning designer at Penguin Books, where she has created several highly acclaimed series designs. She studied typography at Reading University and lives in London.

“In this landmark edition, teachers will discover a powerful ally in bringing the excitement of Milton’s poetry and prose to new generations of students.”—William C. Dowling, Rutgers University

“This magnificent edition gives us everything we need to read Milton intelligently and with fresh perception.”—William H. Pritchard, Amherst College