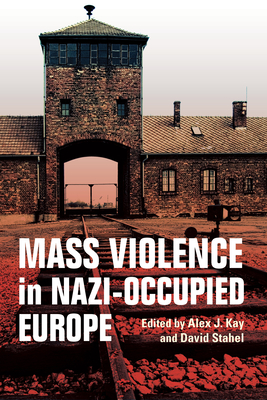 Mass Violence in Nazi-Occupied Europe argues for a more comprehensive understanding of what constitutes Nazi violence and who was affected by this violence. The works gathered consider sexual violence, food depravation, and forced labor as aspects of Nazi aggression. Contributors focus in particular on the Holocaust, the persecution of the Sinti and Roma, the eradication of "useless eaters" (psychiatric patients and Soviet prisoners of war), and the crimes of the Wehrmacht. The collection concludes with a consideration of memorialization and a comparison of Soviet and Nazi mass crimes. While it has been over 70 years since the fall of the Nazi regime, the full extent of the ways violence was used against prisoners of war and civilians is only now coming to be fully understood. Mass Violence in Nazi-Occupied Europe provides new insight into the scale of the violence suffered and brings fresh urgency to the need for a deeper understanding of this horrific moment in history.

Alex J. Kay teaches at the University of Potsdam. He is author of Exploitation, Resettlement, Mass Murder: Political and Economic Planning for German Occupation Policy in the Soviet Union, 1940-1941. David Stahel is Senior Lecturer at the University of New South Wales, Canberra, Australia. His publications include Operation Barbarossa and Germany's Defeat in the East, Kiev 1941, Operation Typhoon, and The Battle for Moscow.