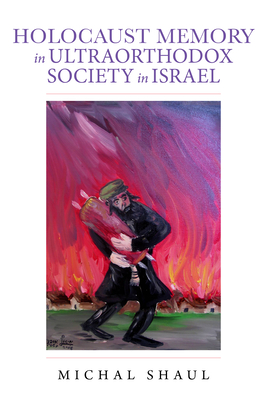 How did the Ultraorthodox (Haredi) community chart a new path for its future after it lost the core of its future leaders, teachers, and rabbis in the Holocaust? How did the revival of this group come into being in the new Zionist state of Israel?

In Holocaust Memory in Ultraorthodox Society in Israel, Michal Shaul highlights the special role that Holocaust survivors played as they rebuilt and consolidated Ultraorthodox society. Although many Haredi were initially theologically opposed to the creation of Israel, they have become a significant force in the contemporary life and politics of the country. Looking at personal and public experiences of Ultraorthodox survivors in the first years of emigration from liberated Europe and breaking down how their memories entered the public domain, Shaul documents how they were incorporated into the collective memories of the Ultraorthodox in Israel.

Holocaust Memory in Ultraorthodox Society in Israel offers a rare mix of empathy and scholarly rigor to understandings of the role that the community's collective memories and survivor mentality have played in creating Israel's national identity.

Michal Shaul is Senior Lecturer in the History and Israel Studies Departments at Herzog Academic College. She is author of Holocaust Survivors and Holocaust Memory in the Haredi Community in Israel, 1945-1961 (in Hebrew).