The Unknown Black Book: The Holocaust in the German-Occupied Soviet Territories (Paperback) 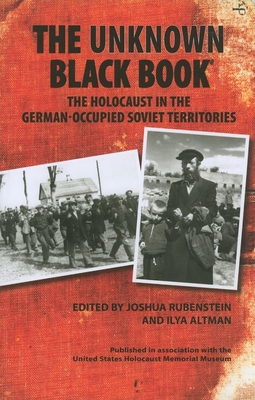 The Unknown Black Book provides a revelatory compilation of testimonies from Jews who survived open-air massacres and other atrocities carried out by the Germans and their allies in the occupied Soviet territories during World War II--Ukraine, Belorussia, Lithuania, Latvia, Estonia, and Crimea. These documents are first-hand accounts by survivors of work camps, ghettos, forced marches, beatings, starvation, and disease. Collected under the direction of two renowned Soviet Jewish journalists, Ilya Ehrenburg and Vasily Grossman, they tell of Jews who lived in pits, walled-off corners of apartments, attics, and basement dugouts, unable to emerge due to fear that their neighbors would betray them, as often happened.

Joshua Rubenstein is Northeast Regional Director of Amnesty International USA. He is author of Tangled Loyalties: The Life and Times of Ilya Ehrenburg, and editor (with Vladimir Naumov) of Stalin's Secret Pogrom: The Postwar Inquisition of the Jewish Anti-Fascist Committee. Ilya Altman is Director of the Center for Holocaust Research and Education in Moscow and Editor-in-Chief of Encyclopedia of the Holocaust in the USSR (in Russian).