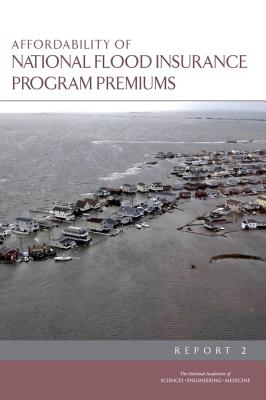 By National Academies of Sciences Engineeri, Division of Behavioral and Social Scienc, Committee on National Statistics
$56.35
This item is backordered and not currently available. Please contact us for an estimated availability date.

When Congress authorized the National Flood Insurance Program (NFIP) in 1968, it intended for the program to encourage community initiatives in flood risk management, charge insurance premiums consistent with actuarial pricing principles, and encourage the purchase of flood insurance by owners of flood prone properties, in part, by offering affordable premiums. The NFIP has been reauthorized many times since 1968, most recently with the Biggert-Waters Flood Insurance Reform Act of 2012 (BW 2012). In this most recent reauthorization, Congress placed a particular emphasis on setting flood insurance premiums following actuarial pricing principles, which was motivated by a desire to ensure future revenues were adequate to pay claims and administrative expenses. BW 2012 was designed to move the NFIP towards risk-based premiums for all flood insurance policies. The result was to be increased premiums for some policyholders that had been paying less than NFIP risk-based premiums and to possibly increase premiums for all policyholders.

Recognition of this possibility and concern for the affordability of flood insurance is reflected in sections of the Homeowner Flood Insurance Affordability Act of 2014 (HFIAA 2014). These sections called on FEMA to propose a draft affordability framework for the NFIP after completing an analysis of the efforts of possible programs for offering means-tested assistance to policyholders for whom higher rates may not be affordable.

BW 2012 and HFIAA 2014 mandated that FEMA conduct a study, in cooperation with the National Academies of Sciences, Engineering, and Medicine, which would compare the costs of a program of risk-based rates and means-tested assistance to the current system of subsidized flood insurance rates and federally funded disaster relief for people without coverage. Production of two reports was agreed upon to fulfill this mandate. This second report proposes alternative approaches for a national evaluation of affordability program policy options and includes lessons for the design of a national study from a proof-of-concept pilot study.