Stalking the Red Bear: The True Story of a U.S. Cold War Submarine's Covert Operations Against the Soviet Union (Paperback) 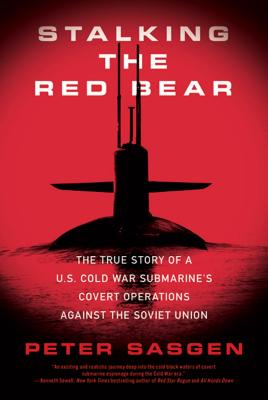 Thrilling submarine espionage and an inside look at the U.S. Navy's "silent service"

Stalking the Red Bear, for the first time ever, describes the action principally from the perspective of a commanding officer of a nuclear submarine during the Cold War -- the one man aboard a sub who makes the critical decisions -- taking readers closer to the Soviet target than any work on submarine espionage has ever done before.

This is the untold story of a covert submarine espionage operation against the Soviet Union during the Cold War as experienced by the Commanding Officer of an active submarine. Few individuals outside the intelligence and submarine communities knew anything about these top-secret missions.

Cloaking itself in virtual invisibility to avoid detection, the USS Blackfin went sub vs. sub deep within Soviet-controlled waters north of the Arctic Circle, where the risks were extraordinarily high and anything could happen. Readers will know what it was like to carry out a covert mission aboard a nuke and experience the sights, sounds, and dangers unique to submarining.

Peter Sasgen is an expert on submarines. He has written both fiction and nonfiction on the subject, including several thrillers and the nonfiction books Stalking the Red Bear and Red Scorpion, on World War II submarine warfare. He lives in Florida.

“An exciting and realistic journey deep into the cold black waters of covert submarine espionage during the Cold War era.” —Kenneth Sewell, New York Times bestselling author of Red Star Rogue and All Hands Down

“No submariner has ever served aboard a boat called Blackfin, and every submariner has. For nukes especially, Stalking the Red Bear is a cross between finding a covert diary and coming home.” —Sherry Sontag, coauthor of the New York Times bestseller Blind Man's Bluff: The Untold Story of American Submarine Espionage