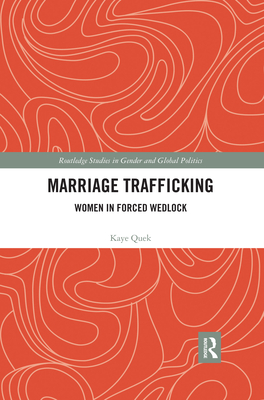 This book examines the traffic in women for marriage, a phenomenon that has been largely overlooked in international efforts to address the problem of human trafficking. In contrast to current international and state-based approaches to trafficking, which tend to focus on sex trafficking and trafficking for forced labour, this book seeks to establish how marriage as an institution is often implicated in the occurrence of trafficking in women.

This book will be of great interest to scholars and postgraduates working in the fields of human rights theory and institutions, political science, international law, transnational crime, trafficking in persons, and feminist political theory.

Dr Kaye Quek is a Lecturer in Global Studies at RMIT University, Australia.