Budgeting and Performance Management in the Public Sector (Hardcover) 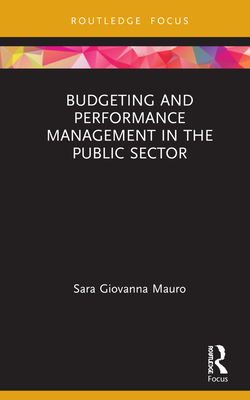 Public sector management and accounting scholarship has witnessed enormous change over the last four decades. Several reform paradigms have become well-known and disseminated worldwide, under acronyms such as NPM - New Public Management, NPG - New Public Governance, and PV - Public Value. At the start of a new decade, questions arise as to what will come next. This book reviews and investigates the key components of NPM, NPM and PV, and discusses what lies beyond these acronyms. It analyses the claimed benefits and drawbacks of each of the three paradigms, using reviews of the pertinent literature, as well as a raft of case studies. The integration of theoretical and empirical insights contributes to a better understanding of what has changed and what has remained the same over the years.

Specifically, this book stands out in its use of performance measurement and budgetary lenses to explore the multidimensional processes of reform and change in the public sector. By focusing on the crucially important transformations that have occurred in the field, reviewing several paradigms and analysing different practices from a longitudinal and comparative perspective, the book will be essential in guiding students and scholars of public management and accounting.