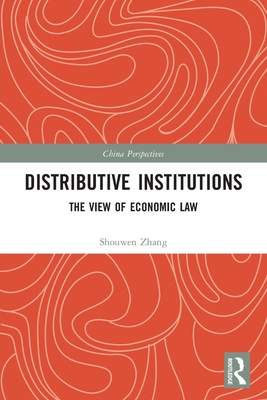 The crisis of distribution is one of the longest standing and most complicated issues facing human society. Imbued with social, political, historic, and cultural elements, it varies significantly across different countries as a result of all these factors. As an emerging economy which transferred from a planned to a market economy, China has experienced large distribution gaps since it implemented the Reform and Opening-up Policy in the early 1980s, requiring stronger economic law to mitigate and regulate the crisis of distribution.

In this second volume, the author analyses crises of distribution from a theoretical perspective and proposes law and policy solutions. Believing that such crises are a collective result of systematic limitations, the author proposes a theoretical framework of "system-distribution-development" in order to resolve distribution problems and promote economic development. He argues that a crisis of distribution cannot be avoided without coordinated development of economic law and relevant constitutional, civil, and commercial law systems. In addition, it is necessary to differentiate the territories, industries, enterprises, and individuals that constitute such diverse systems.

The book should be of keen interest to researchers and students of law, economics, and political science.