Above the River: The Complete Poems (Paperback) 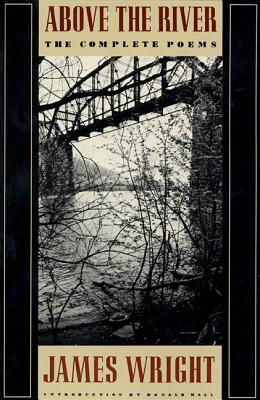 One of the most admired American poets of his generation, James Wright (1927-80) wrote contemplative, sturdy, and generous poems with an honesty, clarity, and stylistic range matched by very few--then or now. From his Deep Image-inspired lyrics to his Whtimanesque renderings of Neruda, Vallejo, and other Latin American poets, and from his heartfelt reflections on life, love, and loss in his native Ohio to the celebrated prose poems (set frequently in Italy) that marked the end of his important career, Above the River gathers the complete work of a modern master. It also features a moving and insightful introduction by Donald Hall, Wright's longtime friend and colleague.

Poetry collections by James Wright (1927-80) include The Green Wall (1957), which won the Yale Series of Younger Poets award, Saint Judas (1959), The Branch Will Not Break (1963), Shall We Gather at the River (1968), and Two Citizens (1973). Wright was elected a fellow of The Academy of American Poets in 1971, and the following year his Collected Poems received the Pulitzer Prize. He died in New York City in 1980, having served on the English faculties at the University of Minnesota, Macalester College, and Hunter College (CUNY).

Best known as a poet, Donald Hall lives by freelance writing on his New Hampshire farm. In addition to his many books of poetry, he has published short stories, collections of essays, and children's books.

“Lucidity, precision, rhythmical poise, sentiment, intelligence, and the rigors of a conscious craft that liberated the imagination--these were the poetic values James Wright cherished, and they remain the keynotes of Above the River, a splendid new edition of his work. . . . His best poems, with their grace and intelligence, not only stand as a rebuke to most of the glib work of his time, but remain among the finest examples of the midcentury American lyric. His poems continue, as a phrase from one of them puts it, to break into blossom.” —J.D. McClatchy, The New York Times Book Review

“What makes him great is his constant openheartedness: he is not self-absorbed. His work explores a full range of feeling; he found much to celebrate and praise as well as to lament; he affirmed the good in life however limited.” —Karen Whitehall, The Virginia Quarterly Review

“A tough and touching poet who, while never relinquishing his Midwestern roots, found ways to grow as a poet, with a deepening sense of tradition and of the nature of the factory he labored in.” —Christopher Benfey, The New Republic