The Changing Light at Sandover (Paperback) 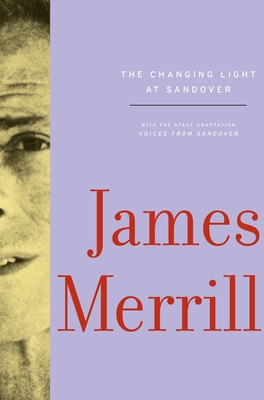 A welcome return to paperback: James Merrill’s most famous and celebrated work.

James Merrill was the author of thirteen books of poems as well as plays, novels, essays, reviews, and a memoir. He was the recipient of two National Book Awards, the Bollingen Prize, the Pulitzer Prize, and the Bobbitt Prize from the Library of Congress, among other awards. He was a chancellor of the Academy of American Poets and a member of the American Academy of Arts and Letters. He died in 1995.

“An astonishing performance . . . As near to [a masterpiece] as anything that American poetry has produced in the last two or three decades.” —The New York Review of Books

“James Merrill has created a poem as central to our generation as The Waste Land was to the one before.” —The New Leader

“In turns comic, elegiac, and darkly prophetic, Sandover is as ambitious in scope as it is audacious in concept . . . combining an epic intent with dramatic and lyric meanings and means. The result may be the greatest long poem an American has yet produced.” —Newsweek