The Paperboy: A Novel (Paperback) 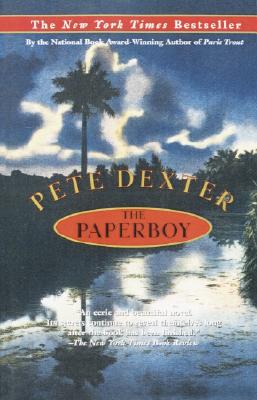 The sun was rising over Moat County, Florida, when Sheriff Thurmond Call was found on the highway, gutted like an alligator.  A local redneck was tried, sentenced, and set to fry.

Then Ward James, hotshot investigative reporter for the Miami Times, returns to his rural hometown with a death row femme fatale who promises him the story of the decade.  She's armed with explosive evidence, aiming to free--and meet--her convicted "fiancÚ."

With Ward's disillusioned younger brother Jack as their driver, they barrel down Florida's back roads and seamy places in search of The Story, racing flat out into a shocking head-on collision between character and fate as truth takes a back seat to headline news...

Pete Dexter is the author of the National Book Award–winning novel Paris Trout as well as Spooner, Paper Trails, God’s Pocket, Deadwood, Brotherly Love, and Train. He has been a columnist for the Philadelphia Daily News and the Sacramento Bee, and has contributed to many magazines, including Esquire, Sports Illustrated, and Playboy. His screenplays include Rush and Mulholland Falls. Dexter was born in Michigan and raised in Georgia, Illinois, and eastern South Dakota. He lives on an island off the coast of Washington.