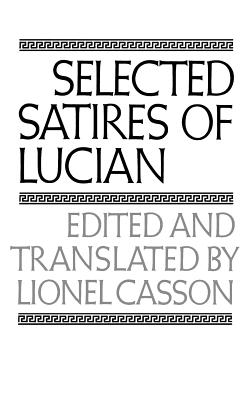 "Lucian's genial mockery," writes Lionel Casson, "aimed at man's omnipresent failings, is never out of date: the jabs he gave the hypocrites, grandstanders, fakers, and boobs of the ancient world can just as appropriately be administered to their counterparts of the modern."

Lucian, born in Syria in the second century C.E., came to Greece at an early age and mastered its language and literature. He took up law, left it for public speaking, then turned to full-time writing, producing the wide range of subject matter and literary form which is represented in this collection.

A master of the vivid scene, Lucian used his pungent style to ridicule the tyrants, prophets, waning gods, and hypocrite philosophers of his own day and the centuries preceding him. His most typical genre is a parody of a Platonic dialogue, but he also excelled in straight narrative, as in the elaborate spoof "A True Story" and the old folk tale outrageously retold, "Lucius, the Ass." His skeptical mind and imaginative irony have influenced generations of artists and writers, and now in Professor Casson's new translations can be freshly enjoyed today.