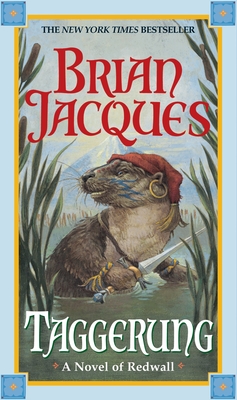 This is book number 14 in the Redwall series.

New York Times bestselling author Brian Jacques gives us another tales of Redwall, filled with “The Knights of the Round Table with paws” (The Sunday Times) along with their friends and enemies.

A young otter raised by a vermin clan to be the Taggerung-the chosen beast who will lead them to victory-embarks on a journey to find his real home and family.