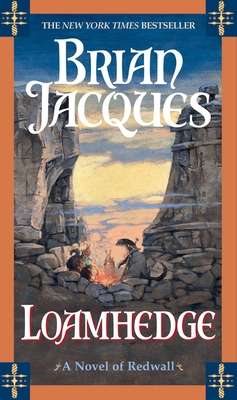 This is book number 16 in the Redwall series.

New York Times bestselling author Brian Jacques gives us another tales of Redwall, filled with “The Knights of the Round Table with paws” (The Sunday Times) along with their friends and enemies.

In this sixteenth Redwall adventure, Martha Braebuck, a young hare-maid, wheelchair bound since infancy, wonders about a mysterious old poem relating to the ancient abbey of Loamhedge--and whether it may hold the key to her cure.