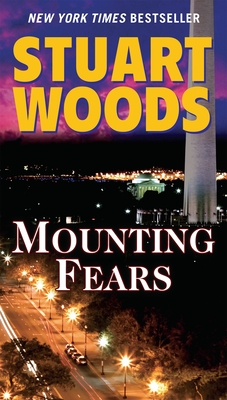 This is book number 5 in the Will Lee Novel series.

President Will Lee is having a rough week. His vice president just died during surgery. Confirmation hearings for the new vice president are under way, but the squeaky-clean governor whom Will has nominated may have a few previously unnoticed skeletons in his closet. And rogue CIA agent Teddy Fay is plotting his revenge on CIA director Kate Rule Lee—the president’s wife.

Plus there are some loose nukes in Pakistan that might just trigger World War III if Will’s diplomatic efforts fall short. It’s up to President Lee—with some help from Holly Barker, Lance Cabot, and a few other Stuart Woods series regulars—to save the world, and the upcoming election.

Stuart Woods is the author of more than eighty-five novels, including the #1 New York Times-bestselling Stone Barrington series. He is a native of Georgia and began his writing career in the advertising industry. Chiefs, his debut in 1981, won the Edgar Award. An avid sailor and pilot, Woods lives in Florida, Maine, and Connecticut.

“There’s a lot going on in Woods’ latest thriller, but the plotlines dovetail nicely and the suspense never lets up.”—Booklist

“A world-class mystery writer...I try to put Woods’s books down and I can’t.”—Houston Chronicle

“Mr. Woods, like his characters, has an appealing way of making things nice and clear.”—The New York Times

“Woods certainly knows how to keep the pages turning.”—Booklist

“Since 1981, readers have not been able to get their fill of Stuart Woods’ New York Times bestselling novels of suspense.”—Orlando Sentinel