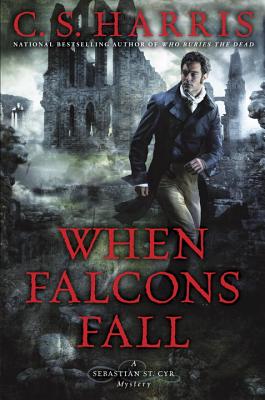 This is book number 11 in the Sebastian St. Cyr Mysteries (Hardcover) series.

The much-anticipated new entree in the Sebastian St. Cyr "simply elegant"* historical mystery series, from the national bestselling author of Who Buries the Dead and Why Kings Confess. Ayleswick-on-Teme, 1813. Sebastian St. Cyr, Viscount Devlin, has come to this seemingly peaceful Shropshire village to honor a slain friend and on a quest to learn more about his own ancestry. But when the body of a lovely widow is found on the banks of the River Teme, a bottle of laudanum at her side, the village's inexperienced new magistrate turns to St. Cyr for help. Almost immediately, Sebastian realizes that Emma Chance did not, in truth, take her own life. Less easy to discern is exactly how she died, and why. For as Sebastian and Hero soon discover, Emma was hiding both her true identity and her real reasons for traveling to Ayleswick. Also troubling are the machinations of Lucien Bonaparte, the estranged brother of the megalomaniac French Emperor Napoleon. Held captive under the British government's watchful eye, the younger Bonaparte is restless, ambitious, and treacherous. Sebastian's investigation takes on new urgency when he discovers that Emma was not the first, or even the second, beautiful young woman in the village to die under suspicious circumstances. Home to the eerie ruins of an ancient monastery, Ayleswick reveals itself to be a dark and dangerous place of secrets that have festered among the villagers for decades--and a violent past that may be connected to Sebastian's own unsettling origins. And as he faces his most diabolical opponent ever, he is forced to consider what malevolence he's willing to embrace in order to destroy a killer. *Lisa Gardner.

C. S. Harris is the national bestselling author of more than twenty novels, including the Sebastian St. Cyr mysteries, featuring Who Buries the Dead, Why Kings Confess, and What Darkness Brings; as C. S. Graham, a thriller series coauthored with former intelligence officer Steven Harris; and seven award-winning historical romances written under the name Candice Proctor.