The Awakening and Selected Stories of Kate Chopin (Mass Market) 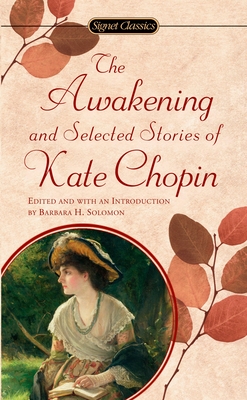 “Perhaps it is better to wake up after all, even to suffer, rather than to remain a dupe to illusions all one’s life.”

Kate Chopin was enjoying wide popularity as a writer, mainly of short stories, when her second novel, The Awakening, was published to widespread criticism of its immorality. A wake-up call to women all over the country, this landmark novel of early American feminism tells of a Louisiana wife who discovers the strength of her own sexuality and tries to wrench it from the hands of a patriarchal society. And just as Edna Pontellier is ostracized for trying to master her own sexual fate, so did Chopin’s reputation suffer after she wrote this book. Today The Awakening is considered a masterpiece and, along with Chopin’s short stories, has set a standard for younger generations of women who have learned to value their independence and authenticity.

Edited and with an Introduction by Barbara H. Solomon

Kate Chopin (1850–1904) was born in St. Louis. She moved to Louisiana where she wrote two novels and numerous stories. Because The Awakening was widely condemned, publication of Chopin’s third story collection was cancelled. The Awakening was rediscovered by scholars in the 1960s and 1970s and is her best-known work.

“As pertinent as any fiction this year or last. It is uncanny, nothing else.”—The New York Times