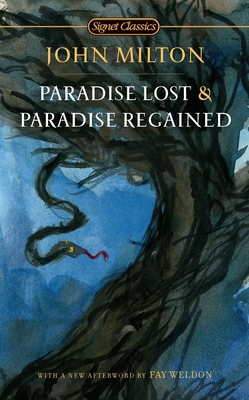 These controversial epic poems demonstrate Milton's genius for fusing sense and sound, classicism and innovation, narrative and drama in profound explorations of the moral problems of God's justice-and what it truly means to be human.

John Milton was born in London on December 9, 1608, and studied at the University of Cambridge. He originally planned to become a clergyman, but abandoned those ambitions to become a poet. Political in his writings, he served a government post during the time of the Commonwealth. In 1651, he went completely blind but he continued to write, finishing Paradise Lost in 1667, and Paradise Regained in 1671. He died in 1674.
Christopher Ricks is professor of humanities at Boston University and most recently author of Dylan’s Visions of Sin.
Susanne Woods is a Provost nad Professor of English at Wheaton College in Massachusetts, and Chair of the professional Northeast Milton Seminar. Her doctorate is from Columbia University and she has taught at the University of Hawaii, Franklin & Marshall College, and at Brown University, where she maintains an affiliation. Her books include Natural Emphasis: English Versification from Chaucer to Dryden (1984), and Lanyer: A Renaissance Woman Poet (1999), and she has published numerous articles on Milton and other English renaissance poets.