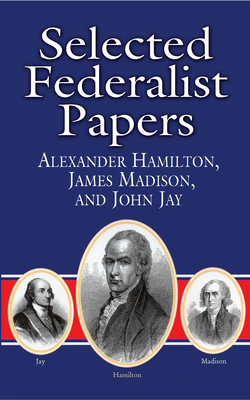 To persuade undecided New York state voters to ratify the new Constitution of the United States, Alexander Hamilton, James Madison, and John Jay wrote 85 compelling essays, under the title The Federalist and signed "Publius," that appeared in New York City newspapers in 1787-1788. These far-reaching essays, which comprise a masterful exposition and defense of the proposed federal system of government and of the Constitution's carefully designed system of checks and balances, are today considered a keystone of American democracy. Their continuing relevance was demonstrated by the frequent references to Paper No. 65, "On Impeachments," during the impeachment proceedings against President Clinton.
This volume contains 35 of the most famous and important pieces, including ones that deal with "dangers from foreign arms and influence"; with the need for a federal government able to raise revenues through taxation; with the creation of an electoral college; with freedom of the press and the inadvisability of a bill of rights; with the three-fifths rule for counting slaves; with the objectives and powers of the judiciary; and much else. Of lasting value and interest to students of American history and government, this carefully chosen selection will also fascinate any general reader curious about the history of the Constitution and the beginnings of American federalism.