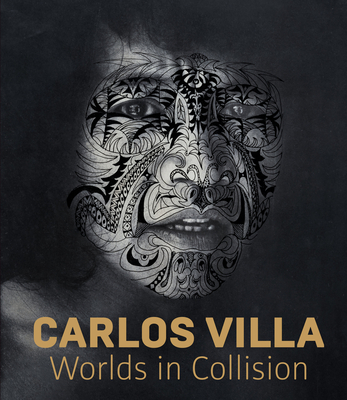 Carlos Villa has been described as the preeminent Filipino American artist—a legend in artistic circles for his groundbreaking approaches and his influence on countless artists—but he remains little known to many fans and scholars of modern and contemporary art. Carlos Villa: Worlds in Collision is the first museum retrospective of his work, presented at the San Francisco Art Institute and the Asian Art Museum of San Francisco.

Villa was trained at the San Francisco Art Institute in the 1950s as an abstract expressionist, and over time he transformed his practice to address issues of ethnic and cultural diversity. He concurrently assumed a leadership role in “Third World” and “multicultural” international art movements, and his large-scale works reference non-Western traditions, including tattoo, scarification, ritual, and ceremony. He was also an important theorist, curator, and organizer of public forums that he called “actions.”

This book traces the arc of his career from 1969 until his death in 2013, with emphasis on his feathered works from the 1970s, as well as later works that address aspects of the history of Filipinos in the United States. It illuminates the social and cultural roots—and global importance—of Villa’s art and teaching career as he sought to forge a new kind of art-world inclusion that reflected his own experience, commitment to diversity, and boundary-bending imagination.

Published in association with the San Francisco Art Institute.

Mark Dean Johnson is Professor of Art at San Francisco State University and a curator. He has written about Viila’s work previously for multiple publications.