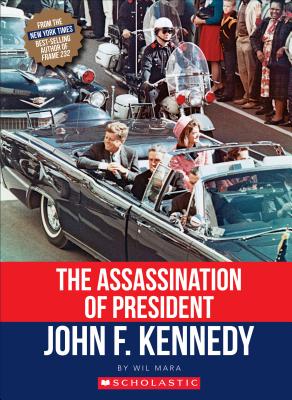 On November 22, 1963, President John F. Kennedy was shot and killed as rode through the streets of Dallas, Texas, in the back seat of a convertible.Decades later, details of the event remain shrouded in mystery. Readers will uncover the evidence surrounding the assassination as they learn the official story of what happened that fateful day. They will also get a glimpse at some of the many alternate theories about who shot President Kennedy, and why.

Wil Mara, a lifelong fan of the National Football League, is the author of more than seventy-five books. He has written both fiction and nonfiction, for both children and adults. Aside from his &ldquo; NFL novels, &rdquo; he also wrote the 2005 disaster thriller Wave, which won the 2005 New Jersey Notable Book Award.