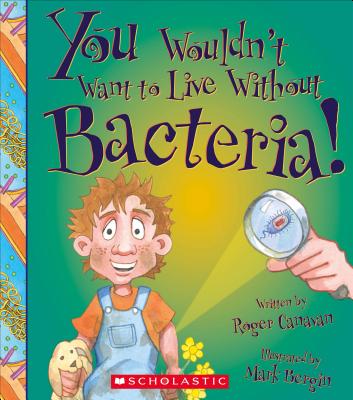 They are far too small to be seen with the naked eye, but bacteria are one of the most widespread forms of life-and one of the oldest.This series takes readers (Ages 8-12) on a historical journey, examining how people coped in the past and how they developed ingenious ways to make life safer and less unpleasant. Each book features full-color cartoon-style illustrations and hilarious speech bubbles to heighten interest, making the series attractive even to reluctant readers. They appeared on Earth more than 3 billion years before the first dinosaurs. Some bacteria cause deadly diseases, but many are harmless or even helpful to humans and other animals. They fertilize the soil by breaking down dead material into useful chemicals, and they are an essential ingredient in many foods. Bacteria in our own bodies are a vital part of the digestive process.

Bergin studied at Eastbourne College of Art and has illustrated many children's books. He lives in Bexhill-on-Sea, England, with his wife and three children.