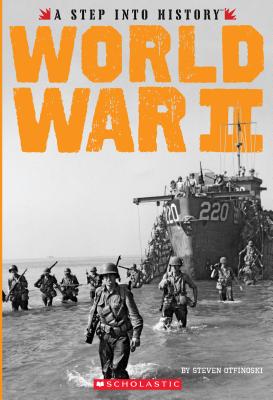 A Step Into History series takes a step into some of the most important moments in history, and discovers how these moments helped shape the world we live in today.Just over two decades after the conclusion of World War I, another war began spreading across the world. As power-hungry leaders such as Germany's Adolf Hitler, Italy's Benito Mussolini, and Japan's Hideki Tojo seized control of their countries and began invading their neighbors, nations in Europe, Asia, and America banded together to combat them. Readers will discover how the war started, how it affected people, and how it has had a lasting impact on the world.

Otfinoski attended Boston University and graduated from Antioch College in Yellow Springs, Ohio. He has written more than a hundred books for young adults and children. He lives in Connecticut with his wife and their two children.