Florence Nightingale: The Courageous Life of the Legendary Nurse (Hardcover) 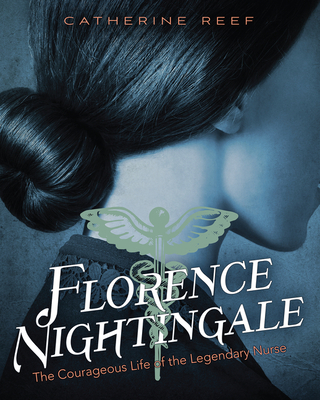 Most people know Florence Nightingale was a compassionate and legendary nurse, but they don’t know her full story. This riveting biography explores the exceptional life of a woman who defied the stifling conventions of Victorian society to pursue what was considered an undesirable vocation. She is best known for her work during the Crimean War, when she vastly improved gruesome and deadly conditions and made nightly rounds to visit patients, becoming known around the world as the Lady with the Lamp. Her tireless and inspiring work continued after the war, and her modern methods in nursing became the defining standards still used today. Includes notes, bibliography, and index.

Catherine Reef is the author of more than 40 nonfiction books, including many highly acclaimed biographies for young people. She lives in College Park, Maryland. www.catherinereef.com.

* " With careful contextualization that sometimes goes missing from purely hagiographic presentations, this title offers a fuller picture of the effort and emotional price Nighingale paid to become a groundbreaker." —Bulletin, starred review   * "A vividly written, richly layered portrait of a fascinating woman whose life and work influenced and inspired many." —Kirkus, starred review   * "A captivating and inspiring study of one woman’s perseverance and the good that came from it." —Booklist, starred review   * "A lucid, handsomely designed volume." —Publishers Weekly, starred review   "With accessible language, a linear story line, and photographs interspersed throughout, this is a great addition to any library. Recommended for students writing reports and others who want to learn about the remarkable 'Lady with the Lamp.'" —School Library Journal   "...well written and thorough..." —VOYA —