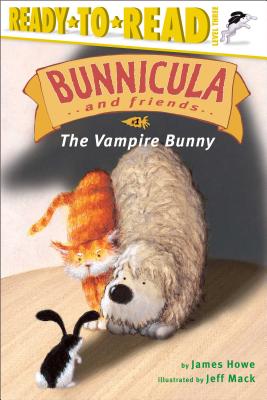 This is book number 1 in the Bunnicula and Friends series.

Harold the dog thinks the Monroes' new pet rabbit is just a cute little bunny. But when the vegetables in the Monroes' kitchen start turning white, Chester the cat is worried. Could Bunnicula be a vampire bunny? Chester will stop at nothing to protect the Monroes and their vegetables from the threat.