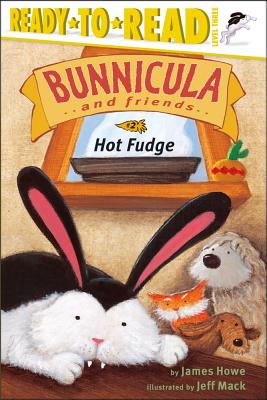 This is book number 2 in the Bunnicula and Friends series.

Is there a burglar on the loose? Harold, Chester, and Howie are guarding the Monroe house -- especially a batch of Mr. Monroe's famous fudge. But they fall asleep -- and wake up to discover the fudge has turned white! Has Bunnicula acquired a taste for chocolate in addition to vegetables? Chester is sure of it! But then the fudge disappears -- and it's up to Harold, Chester, and Howie to catch the thief!