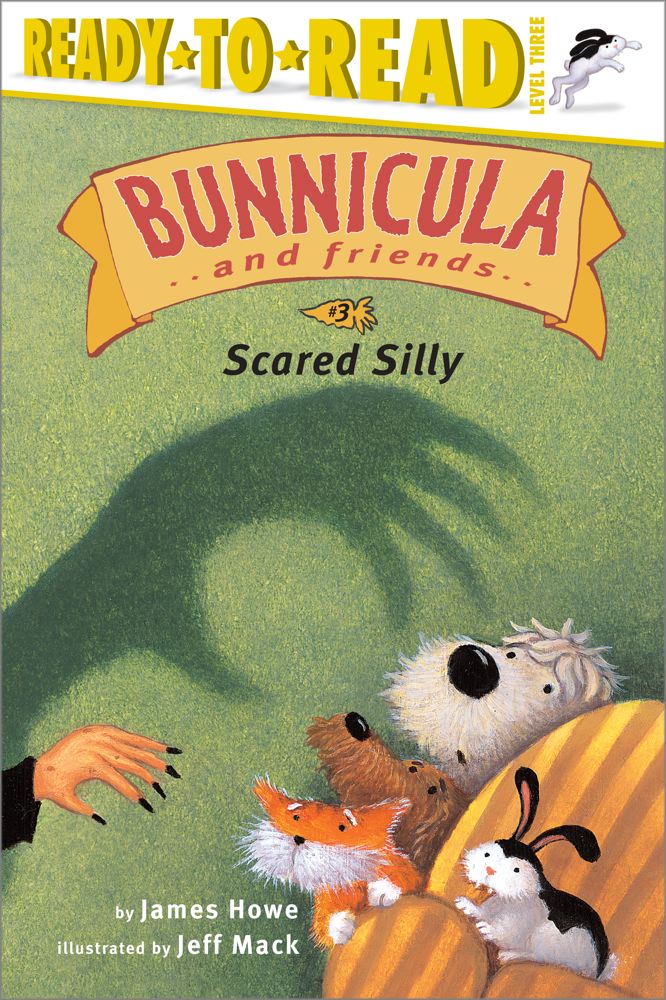 This is book number 3 in the Bunnicula and Friends series.

It's Halloween night and spooky things are going on at the Monroe house. The wind is howling. The walls are creaking. Howie, the little dachshund, is scared silly. And Chester, of course, is sure the vampire bunny, Bunnicula, is up to something. Harold would just as soon sleep through the whole scary night, but then a witch sneaks into the Monroes' kitchen and starts stirring up a witch's brew. Will Bunnicula be its main ingredient? Before you say BOO! it's Harold, Chester, and Howie to the rescue.