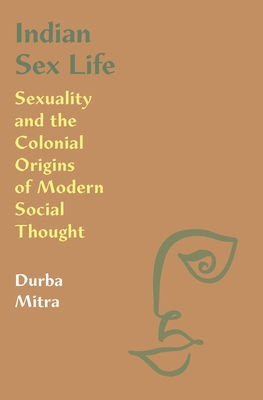 By Durba Mitra
This item is backordered and not currently available. Please contact us for an estimated availability date.

During the colonial period in India, European scholars, British officials, and elite Indian intellectuals--philologists, administrators, doctors, ethnologists, sociologists, and social critics--deployed ideas about sexuality to understand modern Indian society. In Indian Sex Life, Durba Mitra shows how deviant female sexuality, particularly the concept of the prostitute, became foundational to this knowledge project and became the primary way to think and write about Indian society. Bringing together vast archival materials from diverse disciplines, Mitra reveals that deviant female sexuality was critical to debates about social progress and exclusion, caste domination, marriage, widowhood and inheritance, women's performance, the trafficking of girls, abortion and infanticide, industrial and domestic labor, indentured servitude, and ideologies about the dangers of Muslim sexuality. British authorities and Indian intellectuals used the concept of the prostitute to argue for the dramatic reorganization of modern Indian society around Hindu monogamy. Mitra demonstrates how the intellectual history of modern social thought is based in a dangerous civilizational logic built on the control and erasure of women's sexuality. This logic continues to hold sway in present-day South Asia and the postcolonial world. Reframing the prostitute as a concept, Indian Sex Life overturns long-established notions of how to write the history of modern social thought in colonial India, and opens up new approaches for the global history of sexuality.

Durba Mitra is assistant professor of studies in women, gender, and sexuality at Harvard University and Carol K. Pforzheimer Assistant Professor at the Radcliffe Institute.