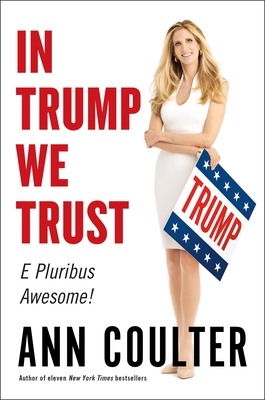 Donald Trump won the presidency by being a one-man wrecking ball against our dysfunctional and corrupt establishment.

Now Ann Coulter, with her unique insight, candor, and sense of humor, makes the definitive case for why we should all join his revolution.

The media have twisted themselves in knots, trying to grasp how Donald Trump won over millions of Americans and what he'll be like as president.

But Ann Coulter isn't puzzled. She knows why Trump was the only one of seventeen GOP contenders who captured the spirit of our time. She gets the power of addressing the pain of the silent majority and saying things the "PC Thought Police" considers unspeakable.

She argues that a bull in the china shop is exactly what we need to make America great again.

In this powerful book, Coulter explains why conservatives, moderates, and even disgruntled Democrats should set aside their doubts and embrace Trump:

·He's putting America first in our trade deals and alliances, rather than pandering to our allies and enemies.

·He's abandoned the GOP's decades-long commitment to a bellicose foreign policy, at a time when the entire country is sick of unnecessary wars.

·He's overturned the media's traditional role in setting the agenda and defining who gets to be considered "presidential."

·He's exposed political consultants as grifters and hacks, most of whom don't know real voters from a hole in the ground.

If you're already a Trump fan, Ann Coulter will help you defend and promote your position. If you're not, she might just change your mind.

Ann Coulter is the author of twelve New York Times bestsellers, including most recently Adios America. She lectures around the country, writes a nationally syndicated weekly column, and has more than a million fans on Twitter and Facebook.