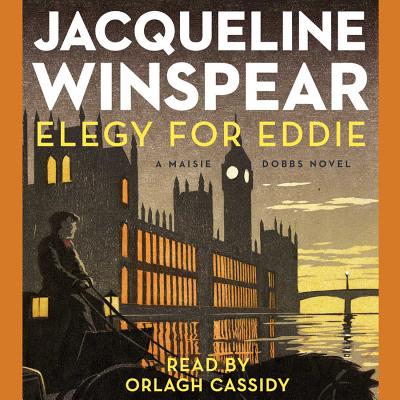 “Winspear's latest may be her best, as the indomitable Maisie Dobbs takes on a case dear to her heart. When simple and kind Eddie is killed, his friends refuse to believe his death was accidental and hire Maisie to get to the bottom of the matter. Maisie knew them all, including Eddie, as a child, and she feels compelled to help. As she delves deeper into the mystery of who would want to kill a gentle horse whisperer, she finds herself brushing up against some of the highest political powers and following leads that get more and more personal.”
— Flannery Fitch, Bookshop Santa Cruz, Santa Cruz, CA

To the costermongers of Covent Garden-peddlers selling fruit and vegetables on the streets of London-Eddie Pettit was kindness itself. A little slow, he was a gentle soul, more boy than man, with a gift for calming the most challenging horse. His recent death in a violent accident has shocked his friends and neighbors. They believe Eddie was the victim of foul play, but the police won't investigate. Their only hope of finding the truth is Maisie Dobbs. Maisie has known these men from childhood when her father, Frankie, worked alongside them. Determined to do right by Eddie, she plunges into the investigation. The search for answers begins amid the working-class streets of Lambeth, where Eddie lived. But before long, Maisie is following threads of intrigue to a powerful press baron, a has been politician lingering in the hinterlands of power named Winston Churchill, and to the doorstep of a writer who is also the husband of her dearest friend, Priscilla. This is the story of a London affected by the march to war years before the first gun is fired, and of an innocent victim caught in the shadow of power,