Broadcasting Politics in Japan: African-American Expressive Culture, from Its Beginnings to the Zoot Suit (Hardcover) 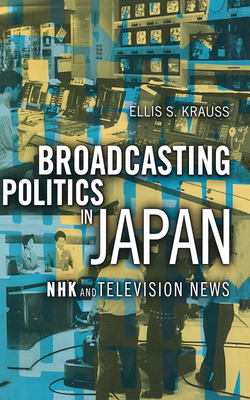 By Ellis S. Krauss
This item is backordered and not currently available. Please contact us for an estimated availability date.

The aftermath of Japan's 1945 military defeat left its public institutions in a state of deep crisis; virtually every major source of state legitimacy was seriously damaged or wholly remade by the postwar occupation. Between 1960 and 1990, however, these institutions renewed their strength, taking on legitimacy that erased virtually all traces of their postwar instability.How did this transformation come about? This is the question Ellis S. Krauss ponders in Broadcasting Politics in Japan; his answer focuses on the role played by the Japanese mass media and in particular by Japan's national broadcaster, NHK. Since the 1960s, television has been a fixture of the Japanese household, and NHK's TV news has until very recently been the dominant, and most trusted, source of political information for the Japanese citizen. NHK's news style is distinctive among the broadcasting systems of industrialized countries; it emphasizes facts over interpretation and gives unusual priority to coverage of the national bureaucracy. Krauss argues that this approach is not simply a reflection of Japanese culture, but a result of the organization and processes of NHK and their relationship with the state. These factors had profound consequences for the state's postwar re-legitimization, while the commercial networks' recent challenge to NHK has helped engender the wave of cynicism currently faced by the state. Krauss guides the reader through the complex interactions among politics, media organizations, and Japanese journalism to demonstrate how NHK television news became a shaper of Japan's political world, rather than simply a lens through which to view it.

Ellis S. Krauss is Professor in the Graduate School of International Relations and Pacific Studies at the University of California, San Diego. He is the coeditor of Beyond Bilateralism: U.S.-Japan Relations in the New Asia Pacific.