The Poetry of Robert Frost: The Collected Poems, Complete and Unabridged (Paperback) 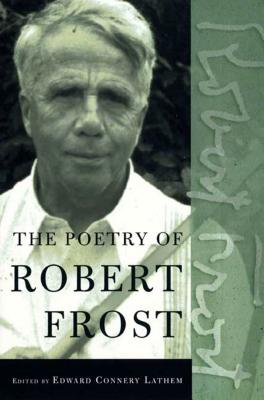 A feast for lovers of American literature-the work of our greatest poet, redesigned and relaunched for a new generation of readers

No poet is more emblematically American than Robert Frost. From "The Road Not Taken" to "Stopping by Woods on a Snowy Evening," he refined and even defined our sense of what poetry is and what it can do. T. S. Eliot judged him "the most eminent, the most distinguished Anglo-American poet now living," and he is the only writer in history to have been awarded four Pulitzer Prizes.

Henry Holt is proud to announce the republication of four editions of Frost's most beloved work for a new generation of poets and readers.

The only comprehensive volume of Frost's verse available, comprising all eleven volumes of his poems, this collection has been the standard Frost compendium since its first publication in 1969.

Robert Frost (1874-1963) is this country's best-loved poet. His work epitomizes the American affinity for plain speaking, nature, and the land. He was awarded the Pulitzer Prize for Poetry on four different occasions, and also served as Consultant in Poetry at the Library of Congress.

Robert Frost is commonly regarded as America's greatest poet. Among his many honors are four Pulitzer Prizes and an appointment as Consultant in Poetry at the Library of Congress. He died in 1963.

“Of all the poetry written in our generation, Frost's is most likely to stand the test of time.” —Lewis Gannett

“Of U.S. poets, none has lodged poems more surely where they will be hard to get rid of. . . . His lines often have the trenchancy and inevitability of folk sayings.” —Time

“No other American poet has so much art or so much subject matter.” —Mark Van Doren

“Frost was the first American who could be honestly reckoned a master-poet by world standards.” —Robert Graves