The Poems of Dylan Thomas (Hardcover) 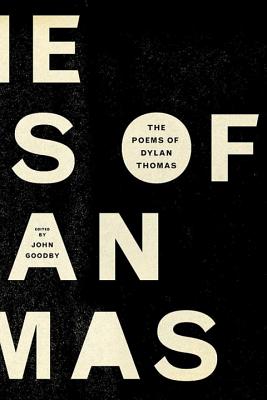 The reputation of Dylan Thomas (1914-1953) as one of the greatest poets of the twentieth century has not waned in the fifty years since his death. A Welshman with a passion for the English language, Thomas’s singular poetic voice has been admired and imitated, but never matched.

This exciting, newly edited annotated edition offers a more complete and representative collection of Dylan Thomas’s poetic works than any previous edition. Edited by leading Dylan Thomas scholar John Goodby from the University of Swansea, The Poems of Dylan Thomas contains all the poems that appeared in Collected Poems 1934-1952, edited by Dylan Thomas himself, as well as poems from the 1930-1934 notebooks and poems from letters, amatory verses, occasional poems, the verse film script for “Our Country,” and poems that appear in his “radio play for voices,” Under Milk Wood. Showing the broad range of Dylan Thomas’s oeuvre as never before, this new edition places Thomas in the twenty-first century, with an up-to-date introduction by Goodby whose notes and annotations take a pluralistic approach.

Dylan Thomas, born in Swansea in 1914, is perhaps Wales' best-known writer, widely considered to be one of the major poets of the 20th century, and many of his greatest poems, such as 'Fern Hill' and 'Do not go gentle into that good night' remain among the nation's favorites. As well as poetry, Dylan Thomas wrote numerous short stories and scripts for film and radio - none more popular than his radio play UNDER MILK WOOD (ISBN 9780811229937), which is considered by many to be his masterpiece. He led a fascinating and tempestuous life, permeated by love affairs and reckless bouts of drinking, which led him to claim that he had beast, angel and madman within him. There have been several film adaptations of his fascinating life, which ended all too soon in 1953 when he collapsed and died in New York shortly after his 39th birthday. A memorial stone commemorating his life and work was unveiled in Poets' Corner in Westminster Abbey in 1982.

John Goodby, scholar, poet, and translator, is Senior Lecturer at the University of Swansea and author of The Poetry of Dylan Thomas: Under the Spelling Wall, Illenium, and A True Prize.

Dylan Thomas blistered and jolted readers thanks to an infatuation with words that became voracious love. It is impossible to overstate the invigorating influence of his work and the tragedy of his early death. John Goodby, a Thomas scholar at the University of Swansea, provides a nimble introduction to the poet and the man.
— Barbara Berman - The Rumpus

A beautiful addition to any library. One of the 20th century’s greatest poets.
— Brazos Bookstore

Thomas meant much to me and my generation, he is still singing in his chains like the sea—a force driving the flowers.
— Seamus Heaney

As I wrote fifty years ago, there is no one like Dylan Thomas in poetry today.
— Lawrence Ferlinghetti