The Jewish Body: A History (Jewish Culture and Contexts) (Hardcover) 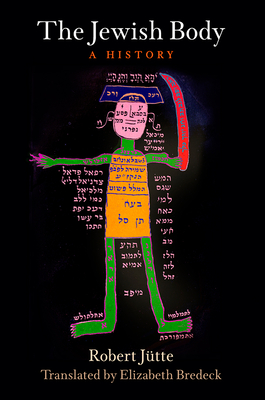 That the human body can be the object not only of biological study but also of historical consideration and cultural criticism is now widely accepted. But why, Robert J tte asks, should a historian bother with the Jewish body in particular? And is the "Jewish body" as much a concept constructed over the course of centuries by Jews and non-Jews alike as it is a physical reality? To comprehend the notion and existence of a Jewish body, he contends, one needs to look both at the images and traits that have been ascribed to Jews by themselves and others, and to the specific bodily practices that have played an important role in creating the identity of a religious and cultural community. J tte has written an encyclopedic survey of the Jewish body as it has existed and as it has been imagined from biblical times to the present, often for anti-Jewish purposes. He examines the techniques for caring for the body that Jews acquire in childhood from parents and authority figures and how these have changed over the course of a more than 2000-year history, most of it spent in exile. From consideration of traditional body stereotypes, such as the so-called Jewish nose, to matters of gender and sexuality, sickness and health, and the inevitable end of the body in death, The Jewish Body explores the historical foundations of the human physis in all its aspects.

Robert Jutte is Director Emeritus of the Institute for the History of Medicine of the Robert Bosch Foundation. He is author of numerous works including Poverty and Deviance in Early Modern Europe, The History of the Senses: From Antiquity to Cyberspace, and Contraception: A History. Elizabeth Bredeck is an instructor at the University of California, San Diego English Language Institute.