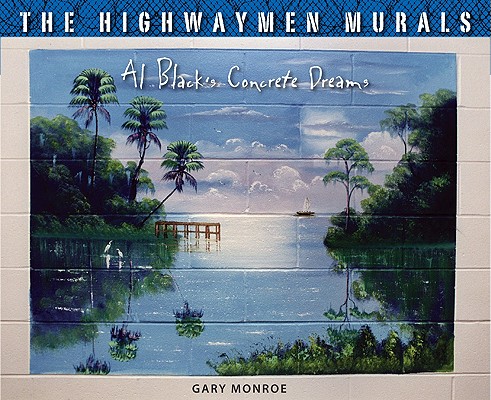 "There are only two ways to get to know Al Black's art: 1) buy this book, or 2) go to jail."--Maarten van de Guchte, director, Cummer Museum of Art & Gardens

"The story of a man who had squandered his God-given gift and was able to redeem himself by painting visions of Eden that could give hope to and soothe the terrible pain of his fellow inmates, as well as bring inspiration to the prison staff."--Annegreth T. Nill, chief curator, Museum of Art, Ft. Lauderdale

By now, the story of Florida's Highwaymen--self-trained African American painters whose visions of the state were sold to travelers out of the trunks of their cars--is fairly well known. Emerging in the late 1950s and led by painters such as Alfred Hair and Harold Newton, the Highwaymen produced an astonishing number of landscapes that depict a faraway place of windswept palms, billowing clouds, placid wetlands, and lush sunsets.

As demand soared, Al Black (b. 1946) emerged as a salesman par excellence. Often earning 35 percent commission, he was discouraged from creating his own paintings. But gradually he learned, partly from repairing damaged works that had been loaded into his car while still wet.

Inevitably, the boom times went bust--. Black struggled with drugs and eventually went to prison. While in the Central Florida Reception Center, a short-term stop for most inmates in the Florida prison system, "Inmate Black" was recognized as painter "Al Black" after the warden read a story by St. Petersburg Times columnist Jeff Klinkenberg about the Highwaymen.

Soon, with the warden's encouragement and permission, Black was painting murals throughout the prison, classic Highwaymen landscapes in unexpected venues. When he left CFRC in 2006, Black had created more than 100 murals for the Department of Corrections. The Highwaymen Murals is the only record of these images available to the public. As such it will quickly become a must-have for any connoisseur of their work.

Gary Monroe, professor of fine arts and photography at Daytona State College, is the author of The Highwaymen (see below), Harold Newton: The Original Highwayman, and Silver Springs: The Underwater Photography of Bruce Mozert.