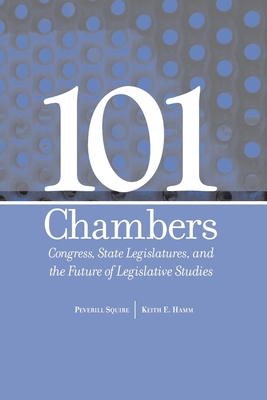 Although legislative studies is thriving, it suffers from one glaring weakness: a lack of truly comparative, cross-institutional research. Instead, research focuses overwhelmingly on the U.S. Congress. This unfortunate fixation limits the way scholars approach the testing of many compelling theories of legislative organization and behavior, and it ignores the invaluable research possibilities that comparison with the 99 American state legislative chambers offers.

However, while there are great similarities, there are also important differences that provide scholars leverage for rigorously testing theories. The book compares and contrasts Congress and the state legislatures on histories, fundamental structures, institutional and organizational characteristics, and members. By highlighting the vast array of organizational schemes and behavioral patterns evidenced in state legislatures, the authors demonstrate that the potential for the study of American legislatures, as opposed to the separate efforts of Congressional and state legislative scholars, is too great to leave unexplored.

“There is no other book just like this one. Arguing that researchers interested in legislatures should pay more attention to state legislatures (as well as Congress), the authors discuss the development of U.S. colonial and state legislatures, and their contemporary variations, with extraordinary skill. Their awareness of both historical and political science literature is prodigious.” —Richard Niemi, Rochester University