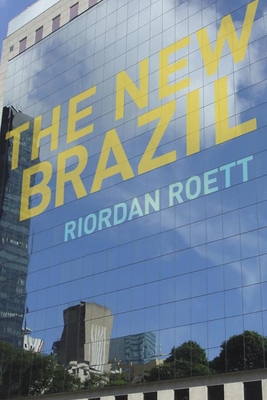 The New Brazil tells the story of South America's largest country as it evolved from a remote Portuguese colony into a regional leader; a respected representative for the developing world; and, increasingly, an important partner for the United States and the European Union.

In this engaging book, Riordan Roett traces the long road Brazil has traveled to reach its present status, examining the many challenges it has overcome and those that lie ahead. He discusses the country's development as a colony, empire, and republic; the making of modern Brazil, beginning with the rise to power of Get lio Vargas; the advent of the military government in 1964; the return to civilian rule two decades later; and the pivotal presidencies of Fernando Henrique Cardoso and Luiz In cio (Lula) da Silva, leading to the nation's current world status as one of the BRIC countries.

Under newly elected President Dilma Rousseff, much remains to be done to consolidate and expand its global role. Nonetheless, as a player on the world stage, Brazil is here to stay.

In part the country's] success is due to external factors such as the high demand for Brazilian exports, particularly in China and the rest of Asia. But it also reflects sophisticated policy choices, including inflation targeting and maintenance of an autonomous central bank.--from the Introduction

Riordan Roett is Sarita and Don Johnston Professor at the Paul H. Nitze School of Advanced International Studies at Johns Hopkins University, where he directs the Western Hemisphere Studies and Latin American Studies Programs. He is the author or editor of twenty-two books, including China's Expansion into the Western Hemisphere (Brookings, 2008) and Post-Stabilization Politics in Latin America (Brookings, 2003). His textbook Brazil: Politics in a Patrimonial Society is now in its fifth edition.