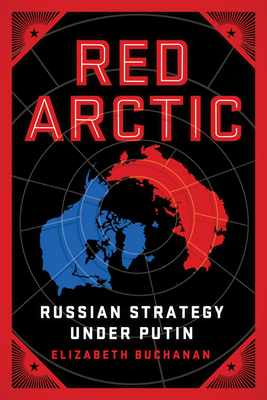 Renewed tensions between Russia and the West have fueled speculation that Moscow's apparent designs on the Arctic region could help stimulate a new cold war. Vladimir Putin's openly nationalistic ambitions, as demonstrated most vividly with his seizure of the Crimean Peninsula in 2014, might seem to justify such concerns. This book by a noted expert shifts the debate over Russia's strategy from what Moscow could do in the Arctic to the realities of what Putin's Russia likely will do. Buchanan challenges the widely held assumption that the Arctic is emerging as one of the most important strategic theaters in a potentially dangerous new cold war between Russia and the West. In fact, she explains that Putin's Arctic aspirations rely heavily upon continued international cooperation via commercial partnerships with Western energy firms and Eastern injections of capital--all of which could be at risk in a new cold war. Three main themes are intertwined throughout the book: Russian Arctic interests; Putin's vision to regain great power status; and the emerging narrative of a new cold war in the Arctic. Weaved together, they dovetail nicely to present a qualitative assessment of Russian Arctic strategy devoid of ideological biases. The unique departure for the book is that it makes the case that Russia's renewed great power ambitions under Putin are not the only explanation for Russian Arctic strategy. By exploring the broader context of Putin's actions, the book fills a gap in literature. It will be of interest both to specialists and to anyone interested in relations between Russia and the West as well as the numerous questions about how the Arctic region will be exploited--and who will do the exploiting.

Elizabeth Buchanan is Head of Navy Research at the Royal Australian Navy's Sea Power Centre. Dr. Buchanan holds a PhD in Russian Arctic Strategy under Putin, specializes in polar geopolitics and is a Non-Resident Fellow of the Modern War Institute at West Point Military Academy. She is an Affiliate of the US Department of Defense's George Marshall Center.